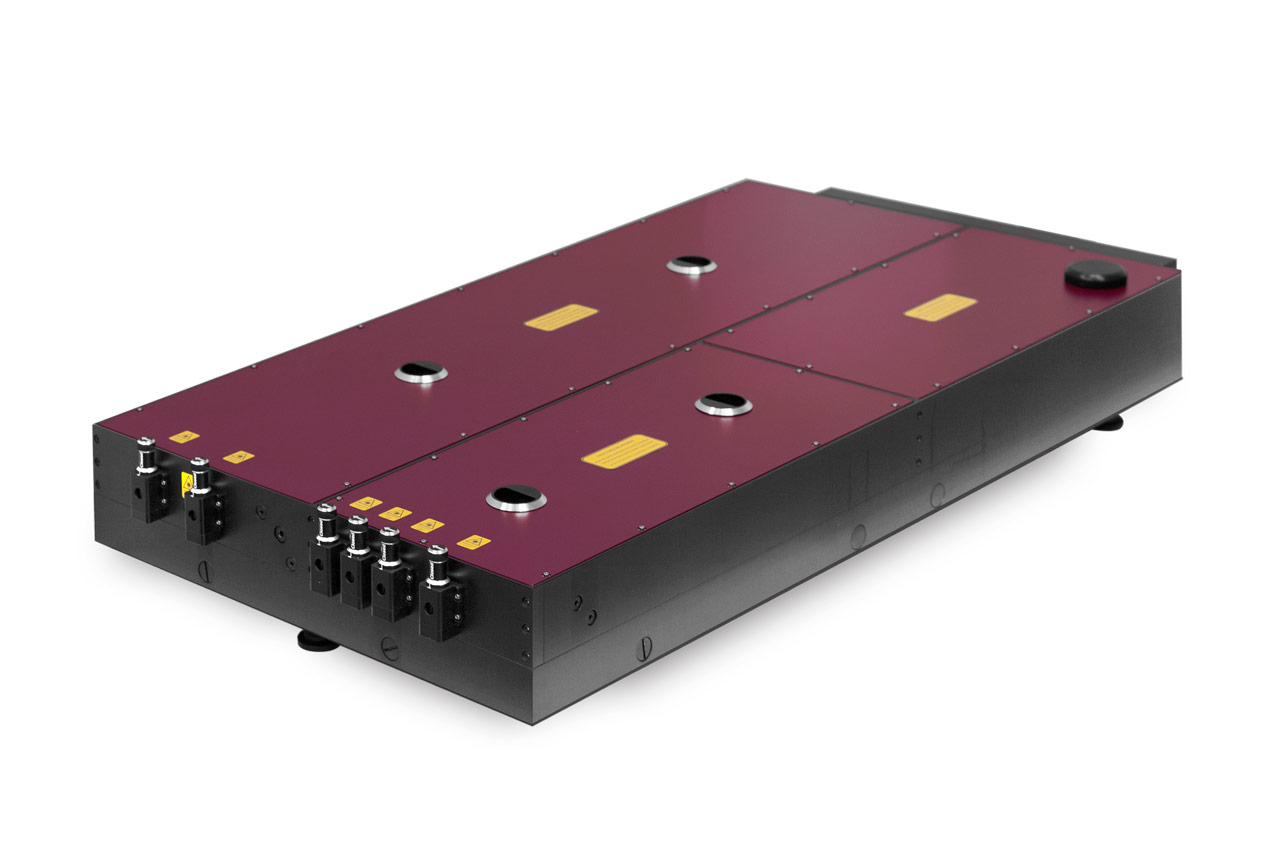 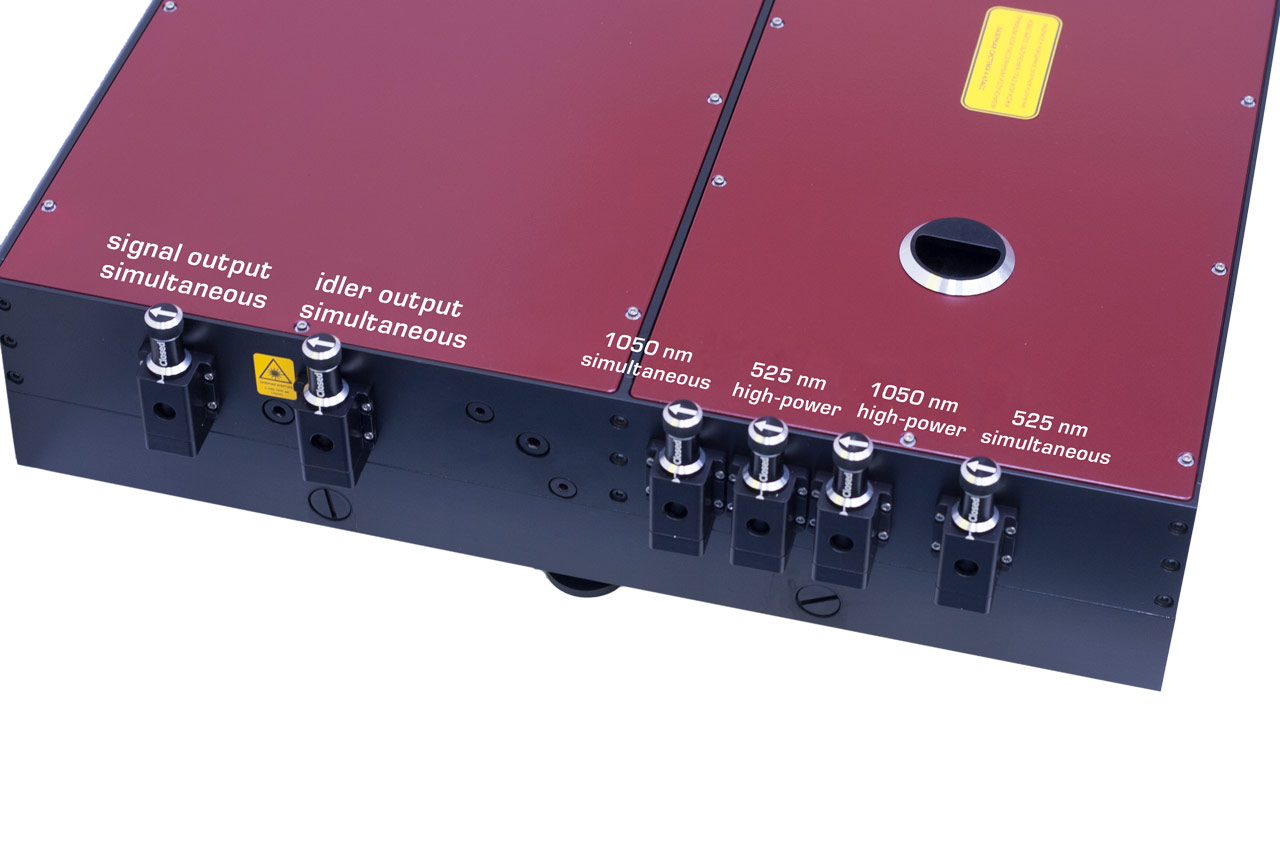 Outputs of the TOPOL-1050-C system 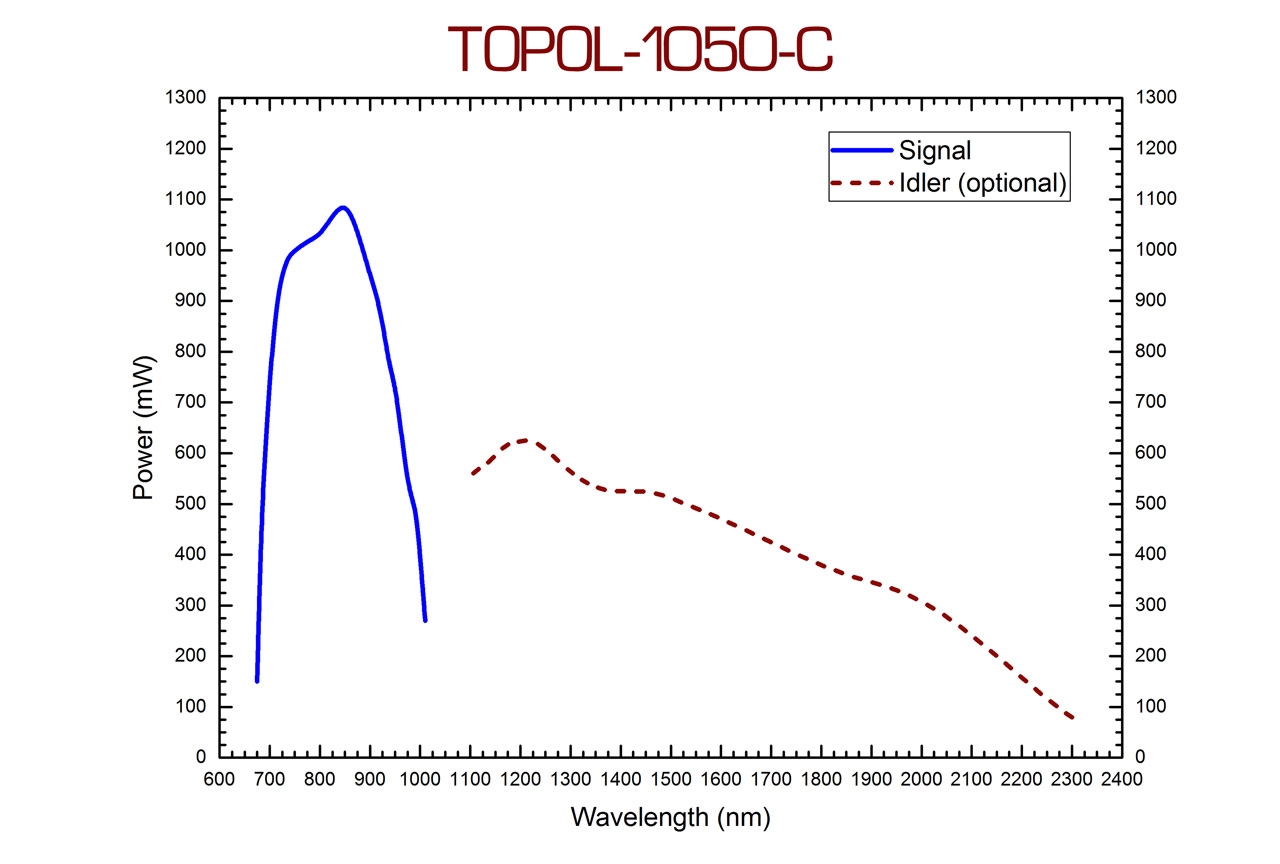 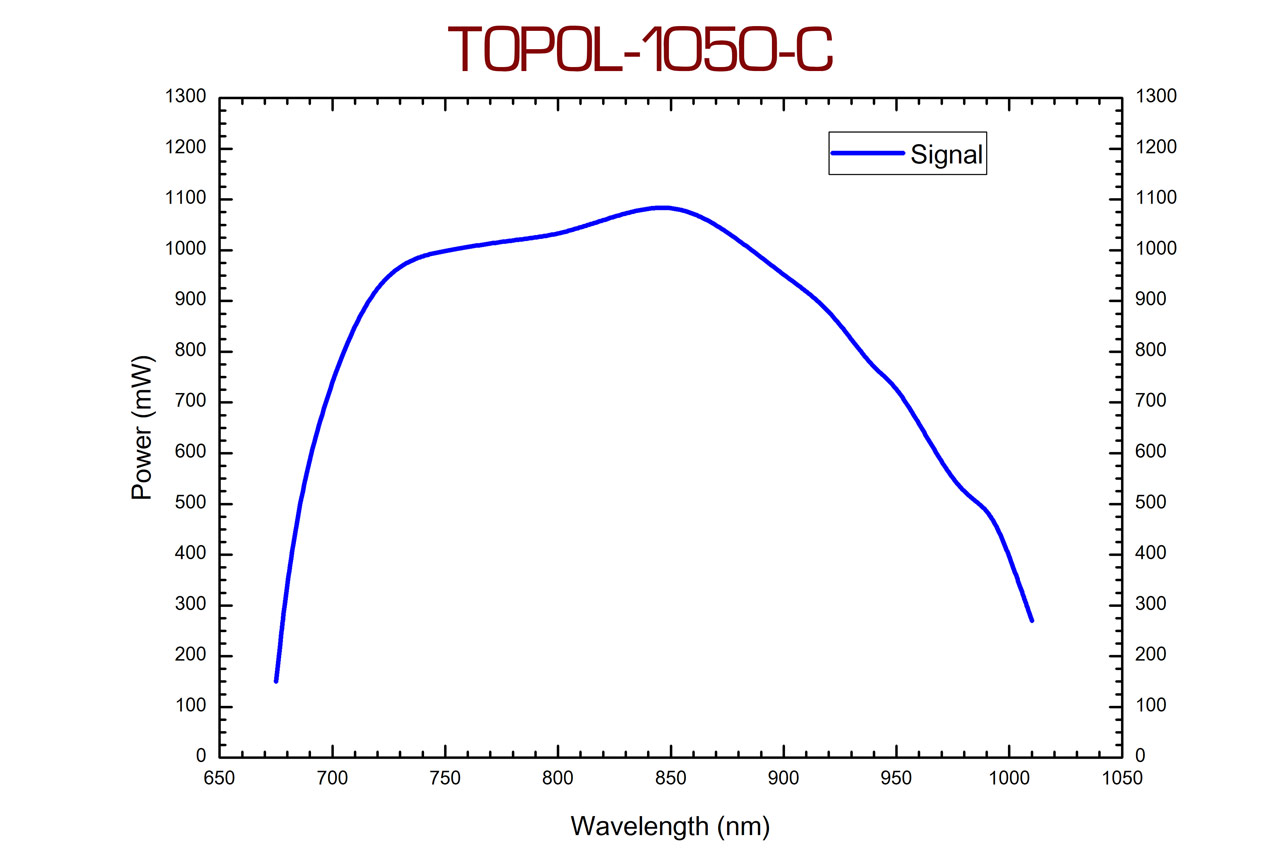 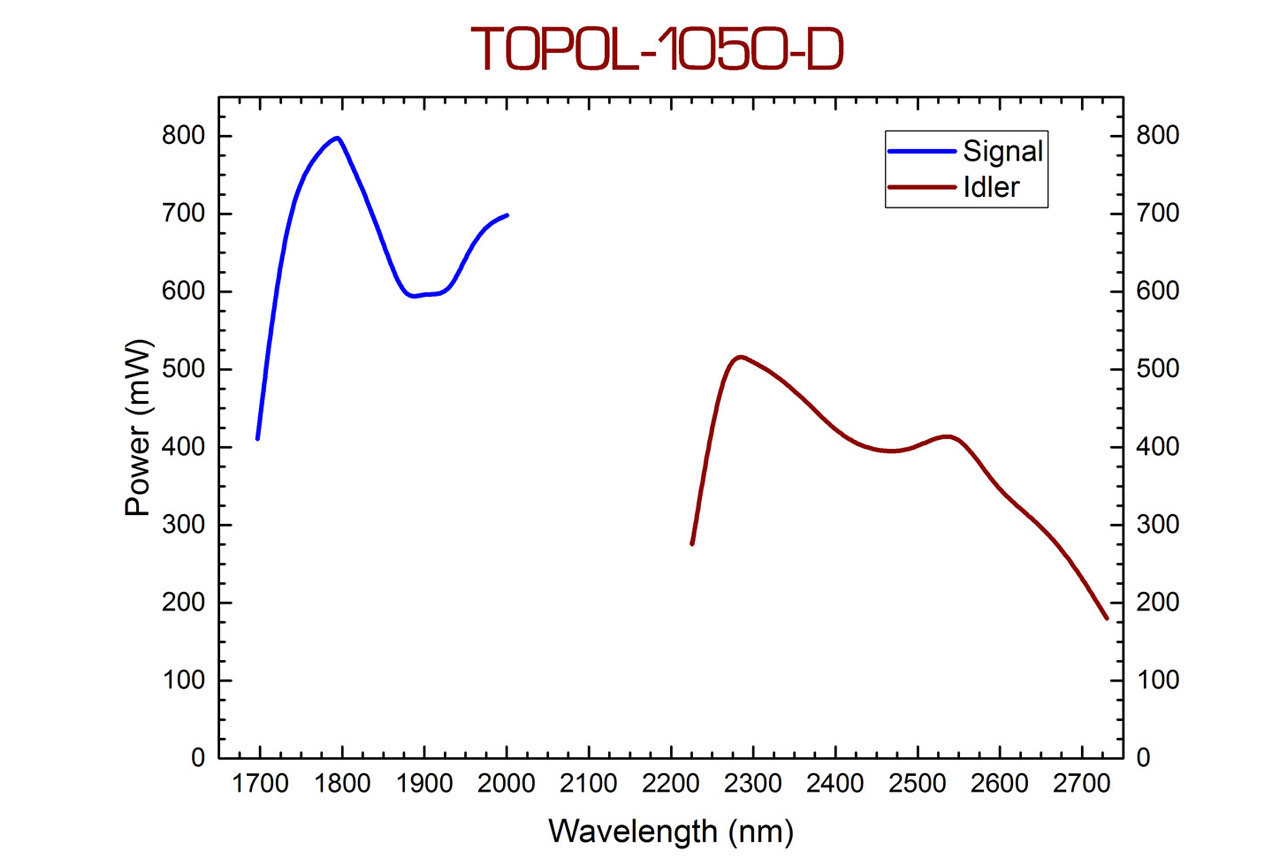 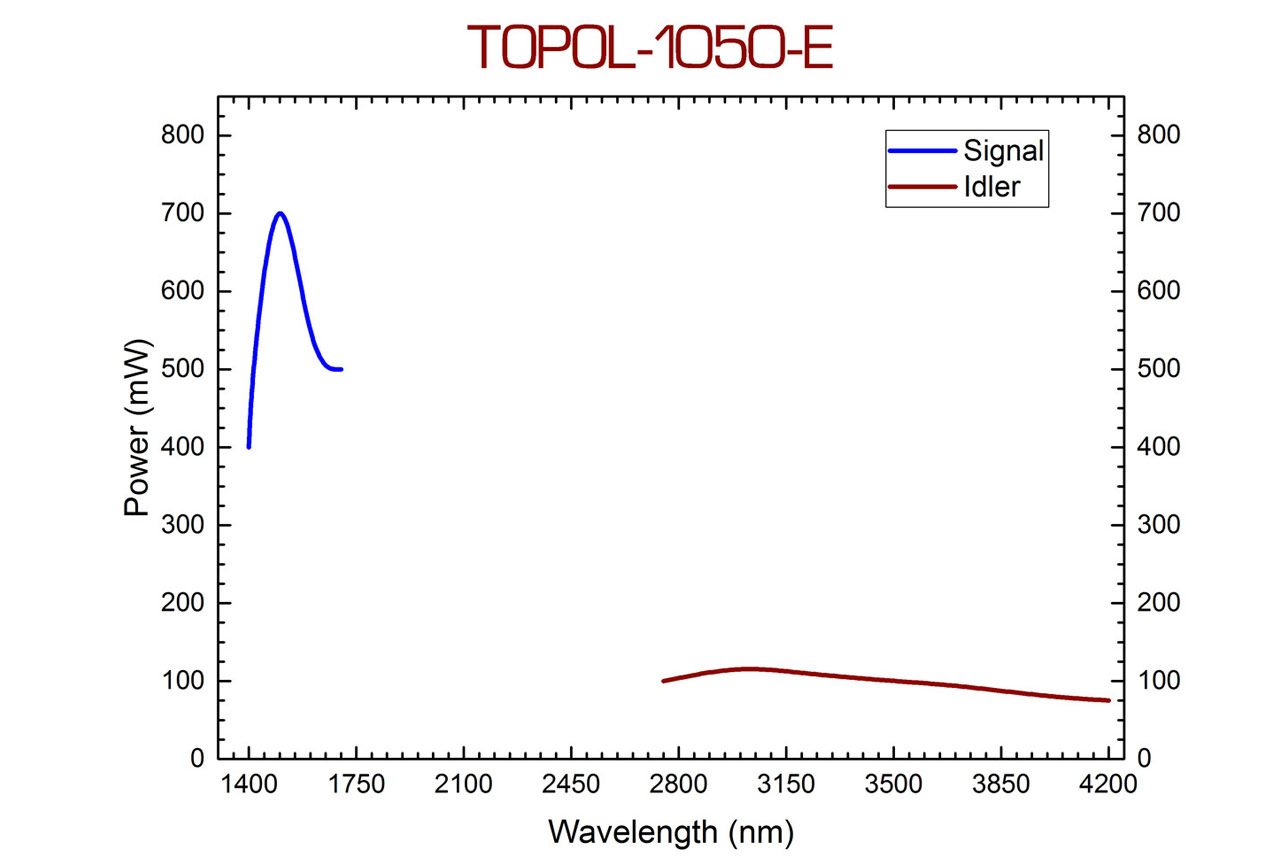 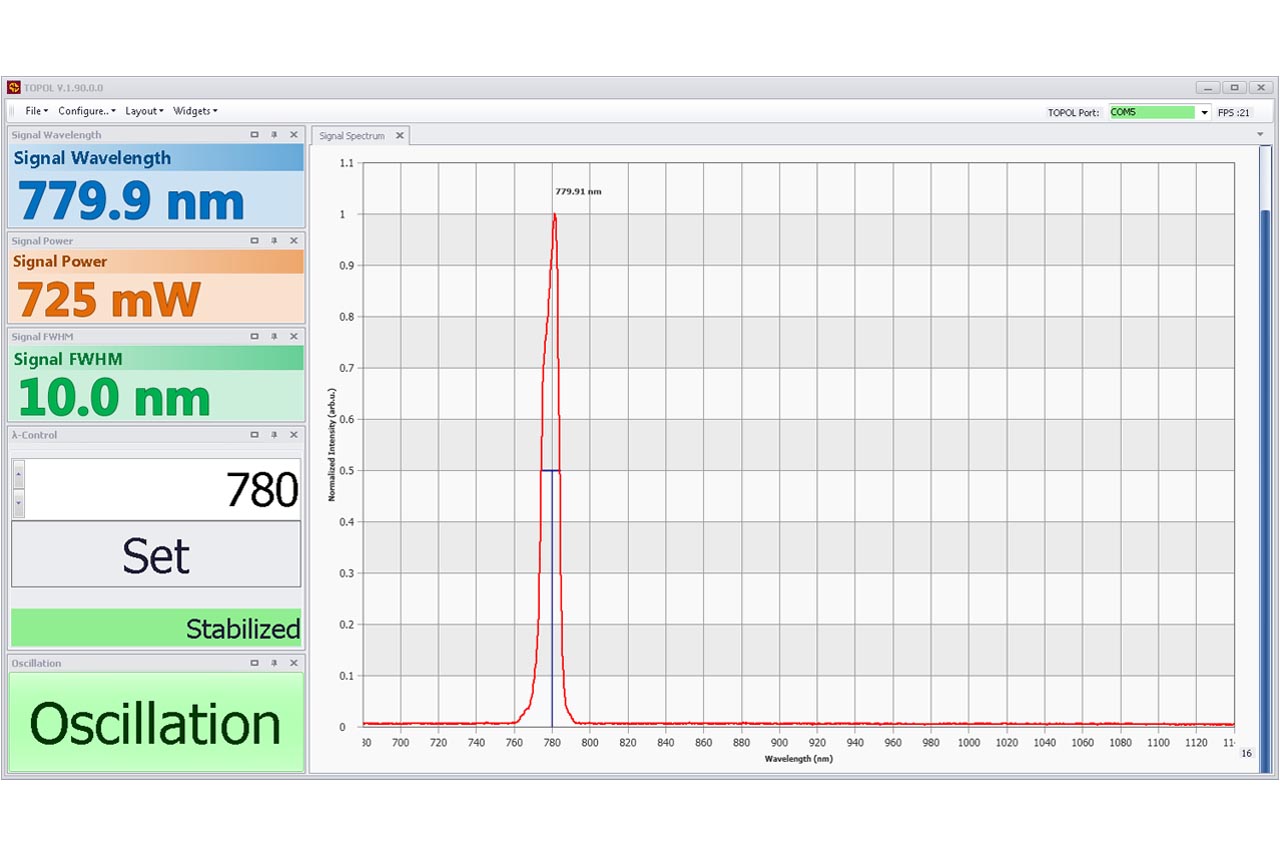 Control software of the TOPOL 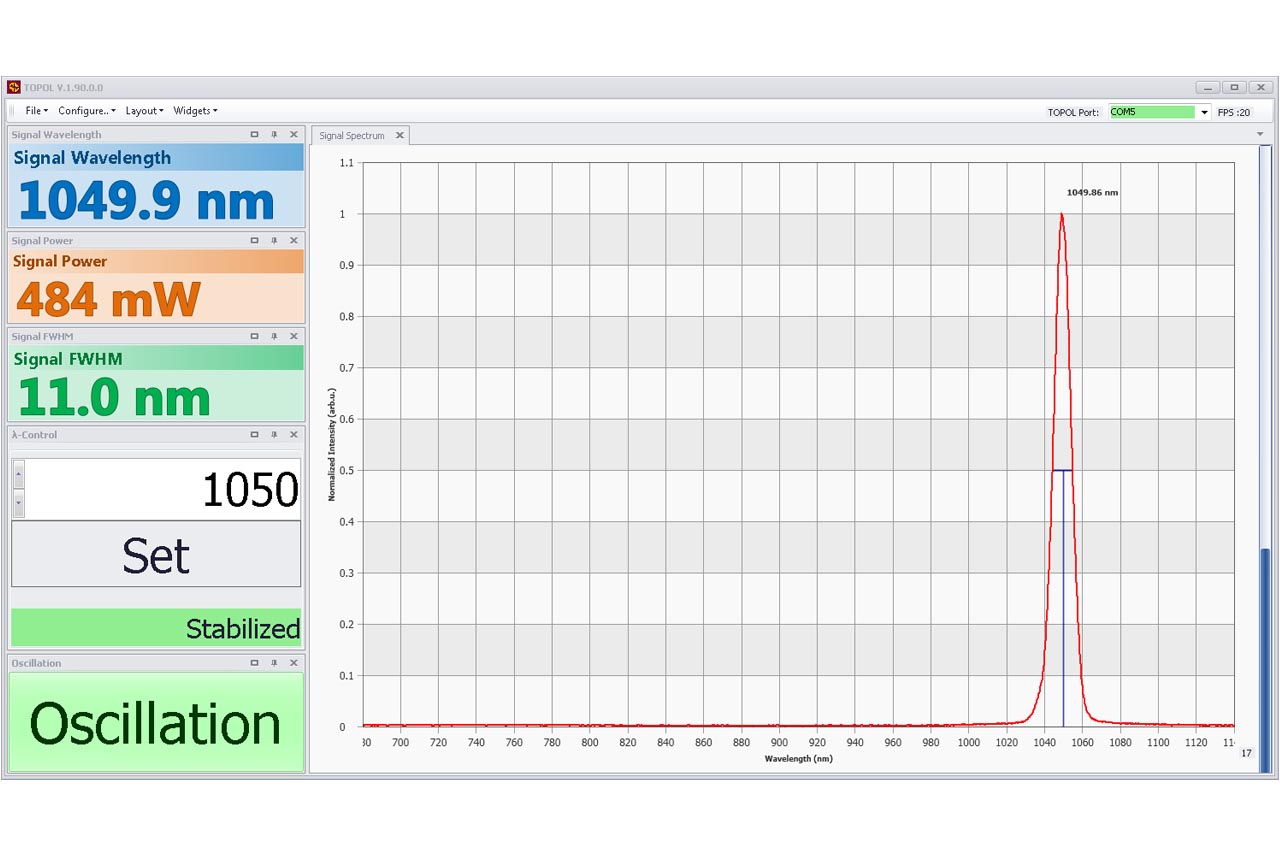 The TOPOL series of automated femtosecond optical parametric oscillators (OPOs) offers the widest wavelength tuning range among the entire product line of our company. The TOPOL series includes three models (1050-C, 1050-D and 1050-E), each providing simple and reliable management of the system parameters with the help of an advanced control software and, if combined, covering the spectral range of 680...4030 nm, with optional external SHG add-ons extending the range down to 340 nm and DFG modules for >4000 nm coverage.

Depending on the model, a TOPOL OPO can be pumped by either the fundamental (1050-D, 1050-E) or the second harmonic (1050-C) of a mode-locked femtosecond laser with the central wavelength of 1030-1060 nm and the pulse repetition rate of about 80 MHz. By default, all TOPOL OPOs are optimized for use with the TEMA-150 femtosecond ytterbium laser system, which allows achieving high average output power of about 1 W or even more at any wavelength within the three different tuning ranges spanning across the NIR and MIR spectral regions.
The main difference between the 1050-C, 1050-D and 1050-E is the wavelength tuning range specific to each model (refer to the Specifications chart for detailed information). All three OPOs provide two separate, simultaneously functioning outputs: the signal wave output and the idler wave output. Optional outputs are also available for depleted pump radiation (@ 1030 - 1060 nm), as well as its second harmonic (@ 515 - 530 nm), which can be used simultaneously with the main outputs. High-power switchable outputs of full pump radiation are also available in certain models.

The TOPOL-1050-C model features a built-in second harmonic generator module for pump radiation as well as a thermo-stabilized breadboard, which not only provides outstanding long-term stability of the output power, characteristic to 1050-D and 1050-E models, but also ensures high pump beam conversion efficiency over extended periods of time.

The TOPOL series OPO system includes a built-in microcontroller unit and an integrated spectrometer (-C model only) bundled together with a specially designed TOPOL Control Software (‘TCS’) for Windows, allowing the single-click approach to wavelength tuning of the OPO. Besides providing the wavelength tuning functionality, the TOPOL Control Software allows to:
- display the spectrum and CWL of the signal wave output measured by the built-in spectrometer in real time and save it’s spectrum to a file (-C model only), or display the calculated wavelengths based on factory calibration (-D and -E models);
- measure and display the real-time output power of the OPO;
- control optional signal and/or idler SHG extensions with the same software.

The TOPOL OPO grants its user convenient control over the parameters of the output radiation, providing high stability and repeatability of these parameters at the same time. Thanks to the robust design and high degree of automation, the TOPOL OPO allows the user to focus on the primary research task by minimizing the need for maintenance and manual adjustment of the OPO system itself. 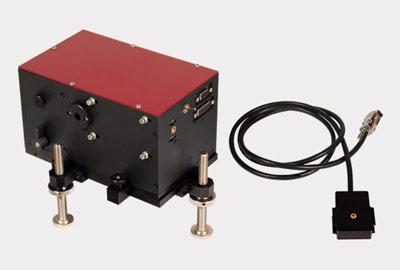 AA-M
Scanning interferometric autocorrelator with a fast delay line is designed for usage in multiphoton microscopy applications. The unit is equipped with both internal and external photodetector units and is capable of pulse duration measurement at sample position. 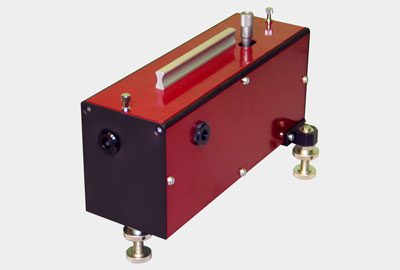